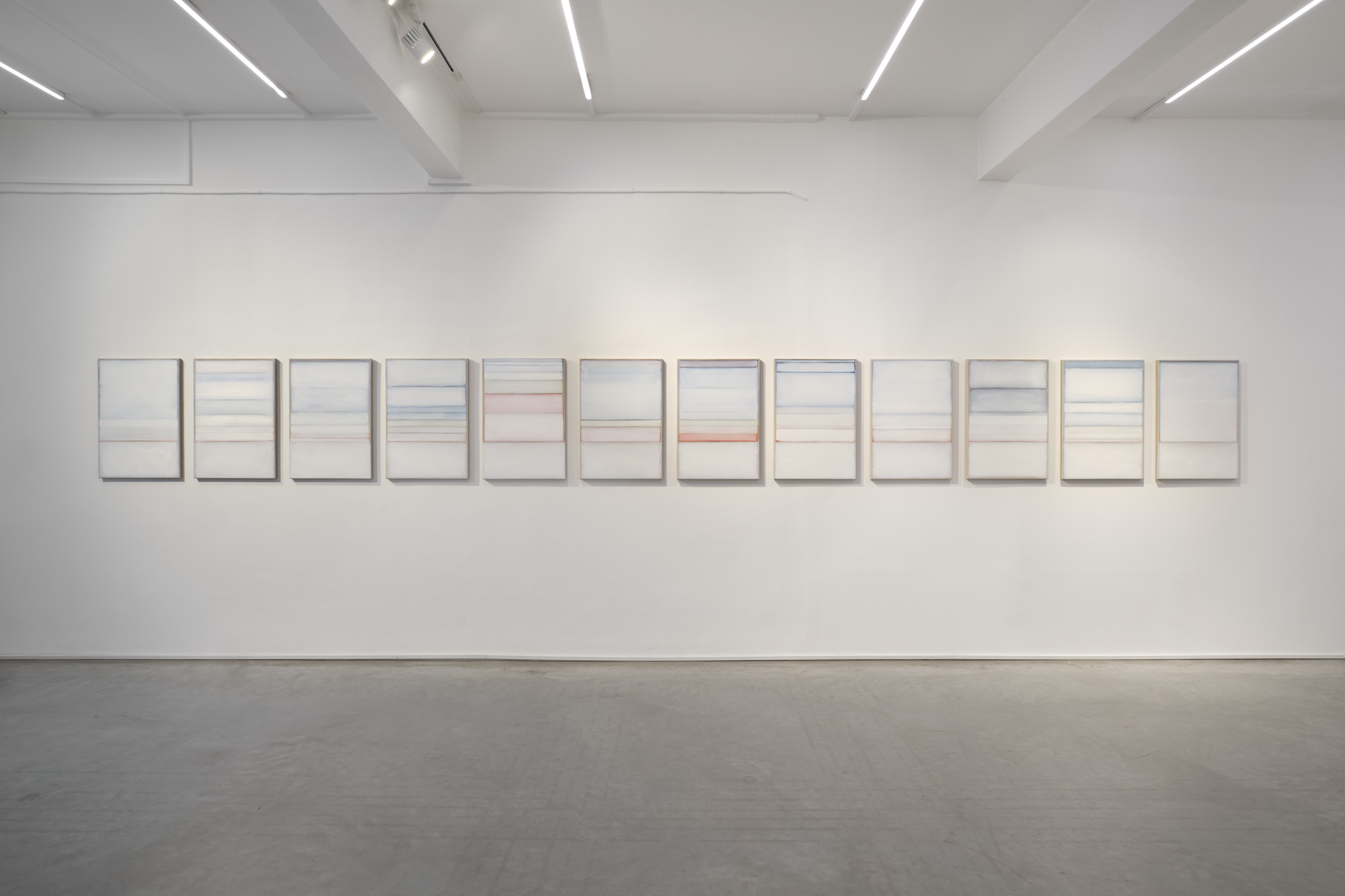 Ronchini Gallery is pleased to present Twelve Joyful Hours, the second solo exhibition of works by artist Richard Höglund. Featuring fourteen new paintings, the title is inspired by the fourteen-step Catholic devotion of the Stations of the Cross, or the Way of the Cross, a series of images depicting the path of Jesus Christ leading to his crucifixion.

Twelve Joyful Hours is an open system of paintings, made either in cycles of small groups or individually, but exhibited together in groups of fourteen. The titles of the works are interchangeable. As Barnett Newman put it, “Do not the Stations tell of one event?” The titles reflect the complexity that accumulates into the outburst: “Why?!” Just as there can be no response to this, these paintings are not a response, but a charged silence. They are full of gesture, full of the irrepressible cry.

Twelve Joyful Hours is a reflection on the varied influences underwriting the artist’s work. The pure pleasure or formalism of Leonardo Da Vinci’s La Gioconda, a hard climb, or the human condition as seen in the Stations of the Cross and the suffering mother of Jesus symbolising motherly or universal love in the associated work, Stabat Mater. The Mona Lisa (1503) is the source of both the dimensions and the underlying composition of the first twelve works. Höglund was inspired by its colours and the spectrum of light diffused in a simple square arrangement. His use of light, refracted into a rainbow of colour, is an apt analogy for the impetus of this work: to revisit the Stations of the Cross and the Stabat Mater as a universal song of the human condition.