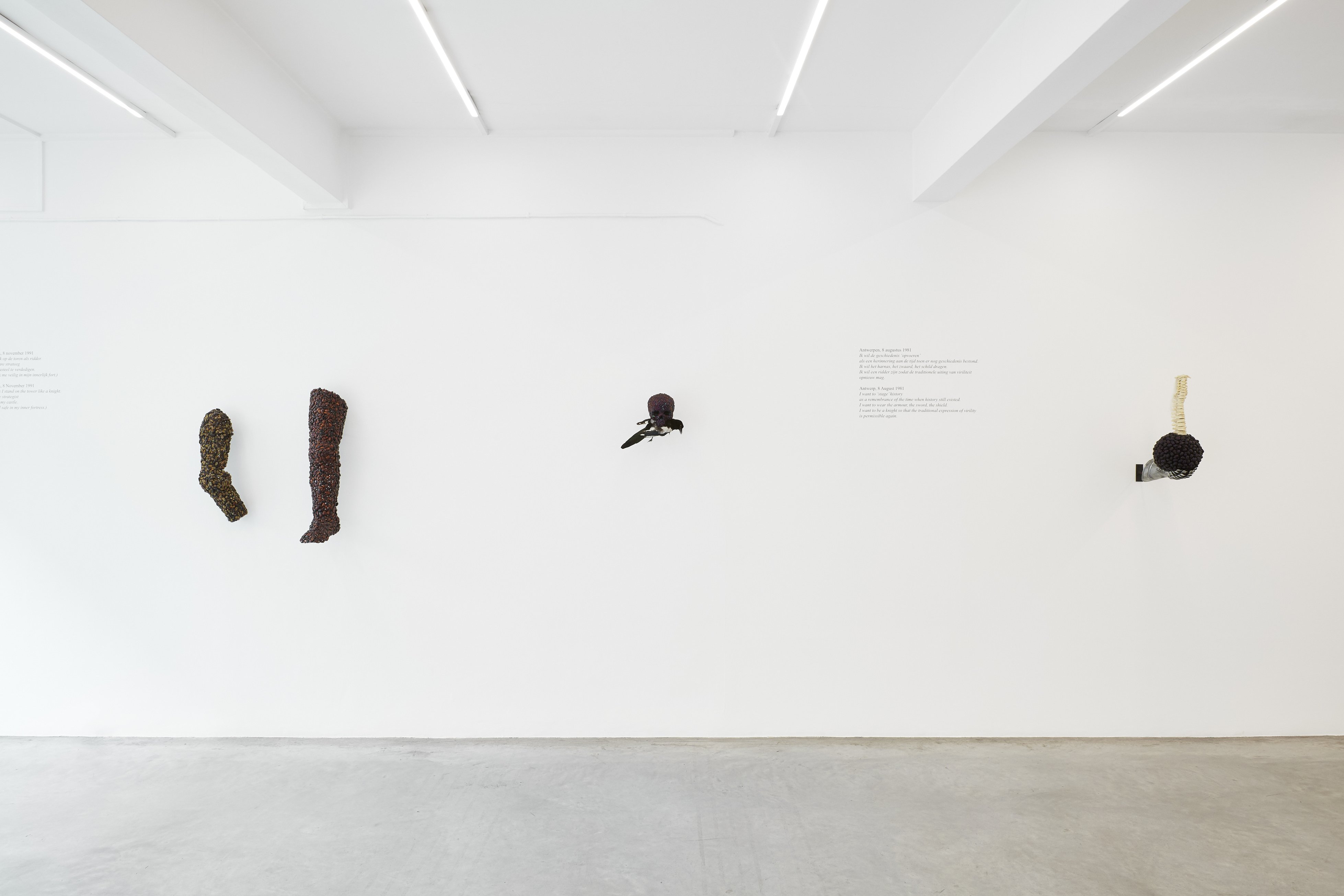 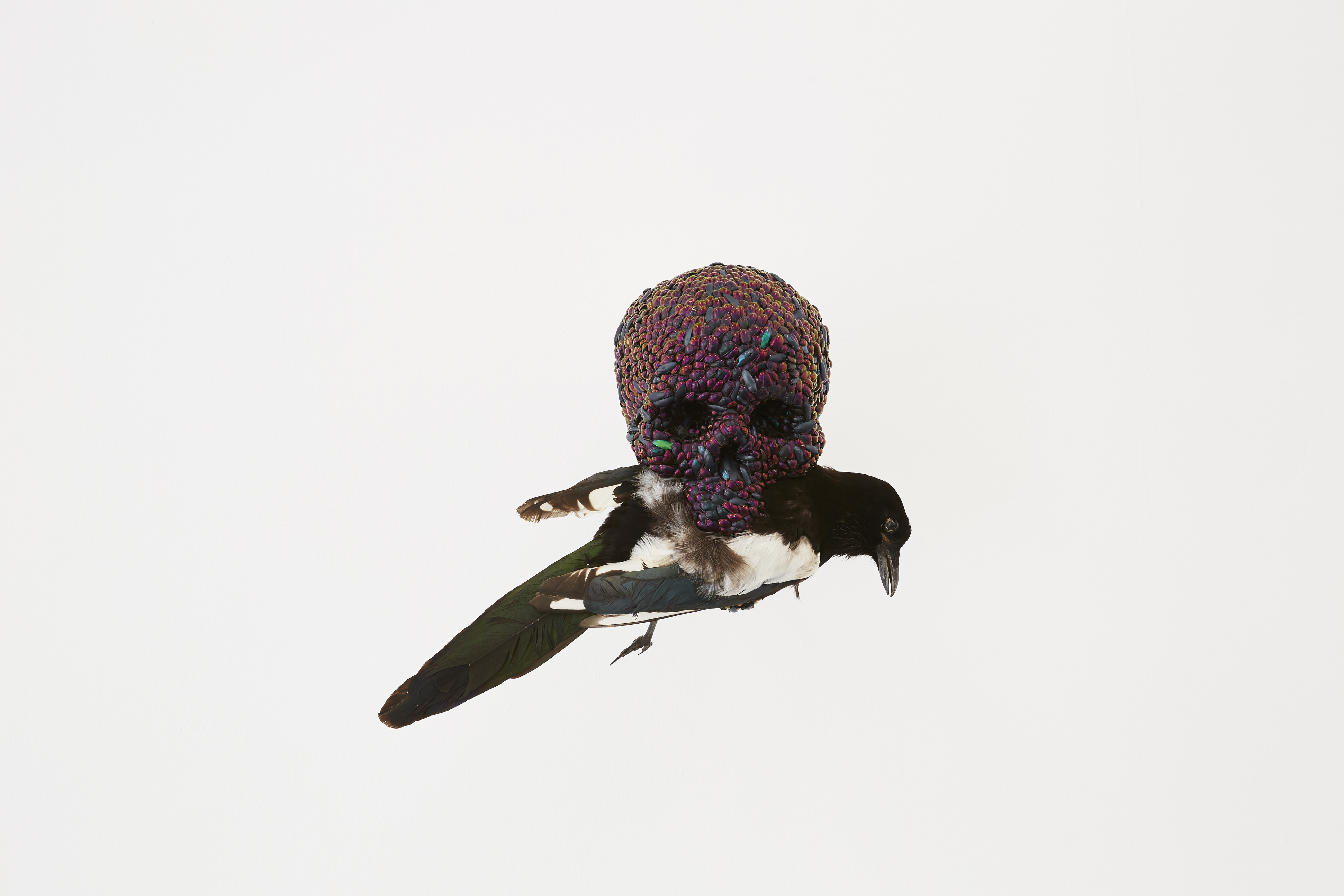 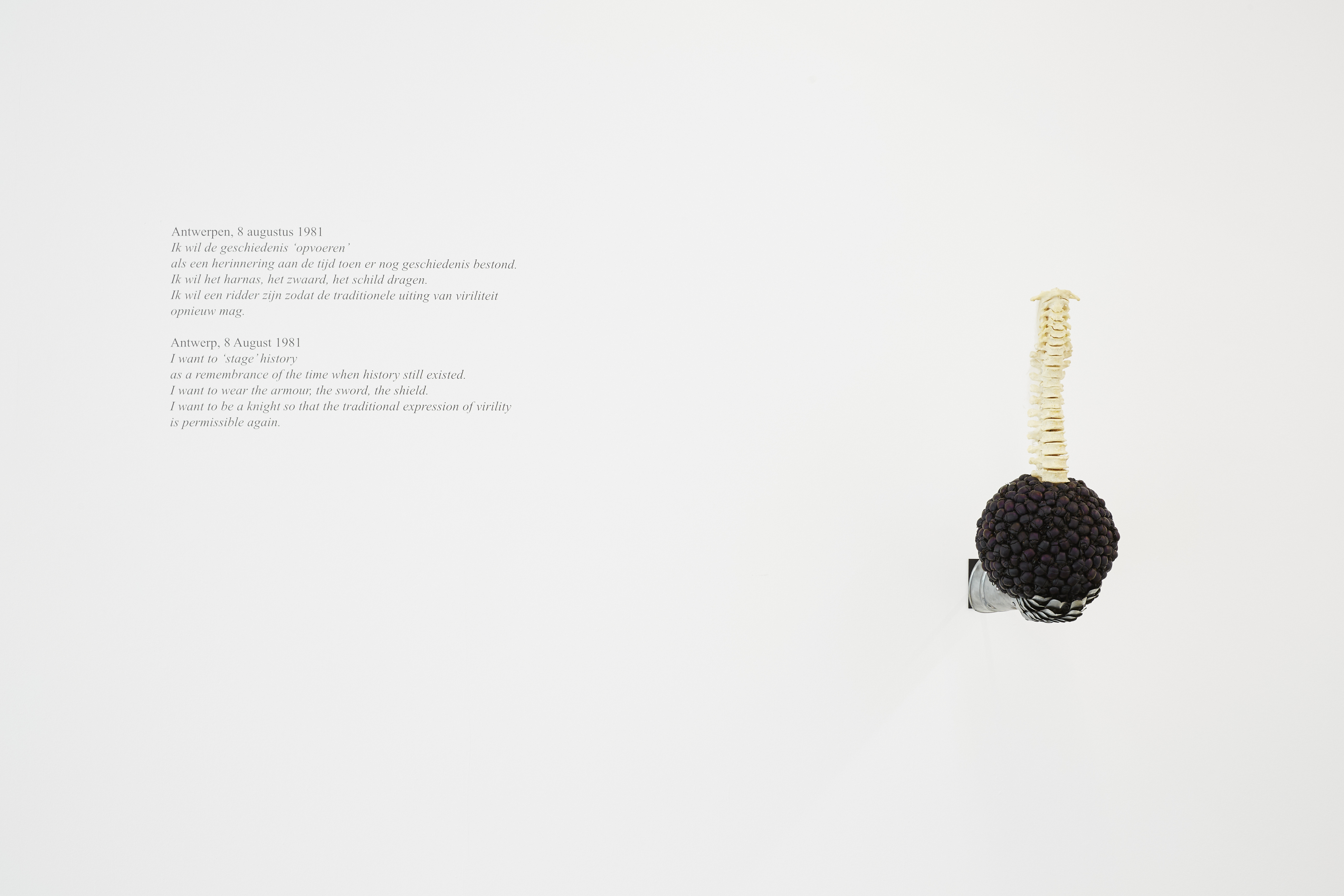 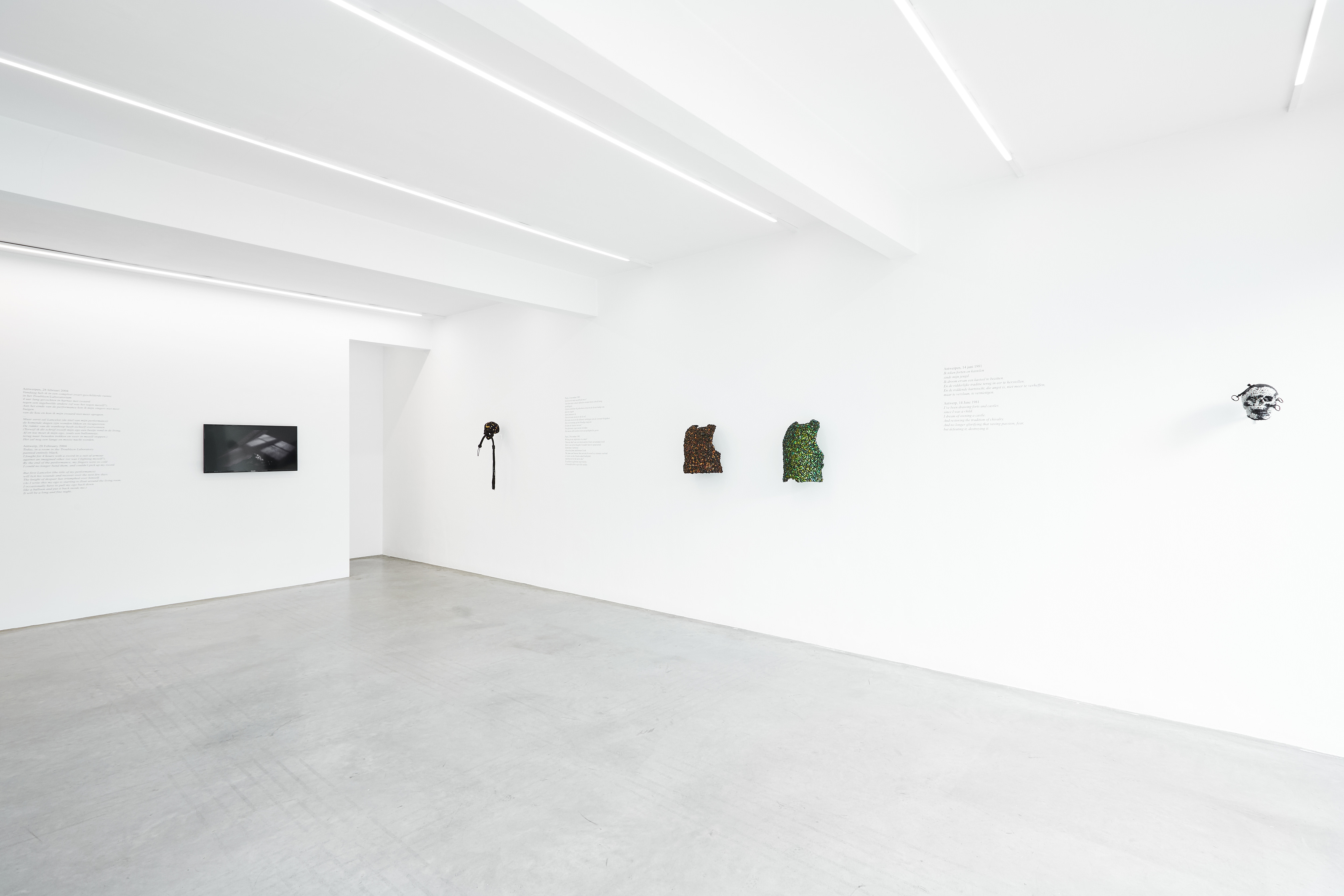 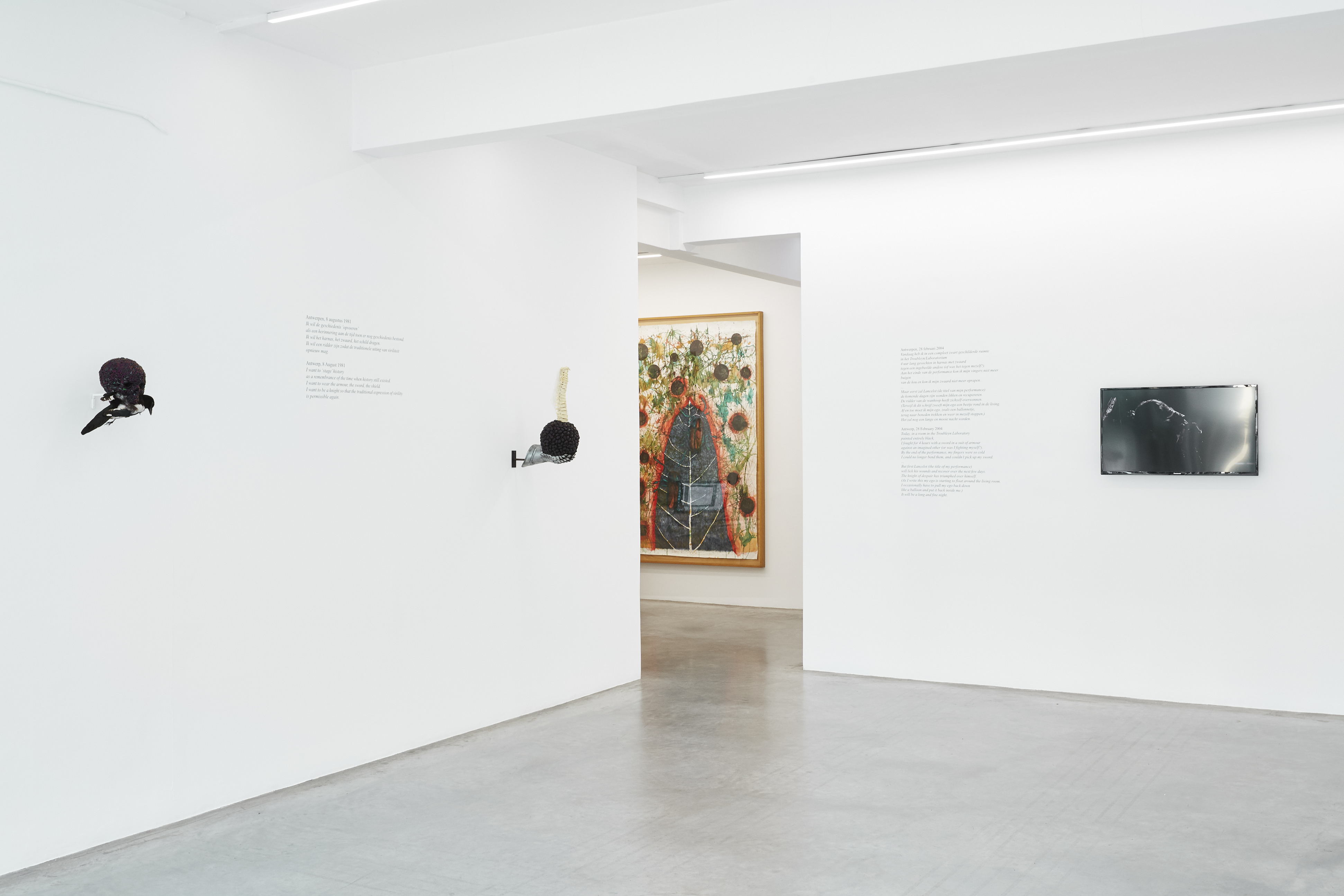 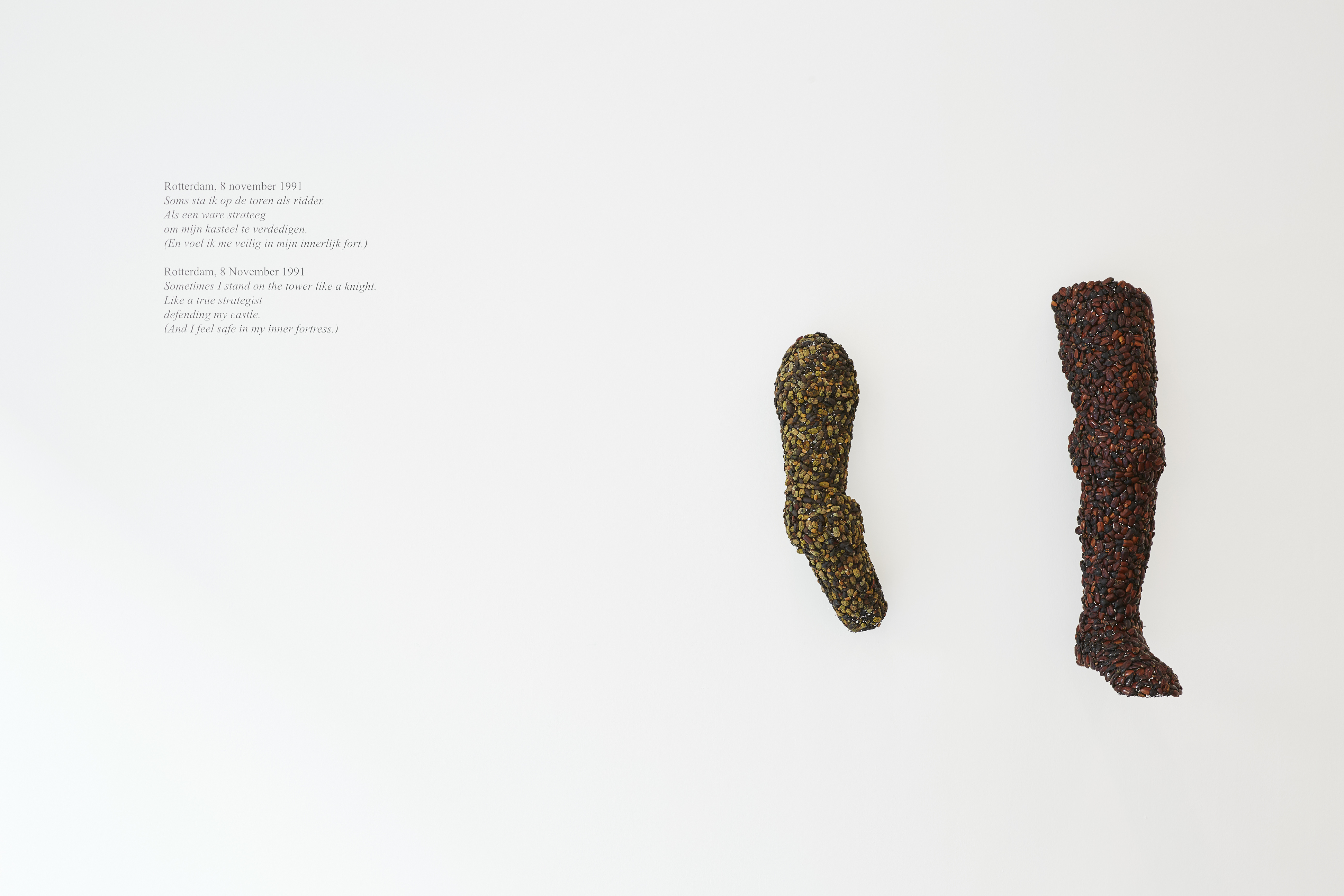 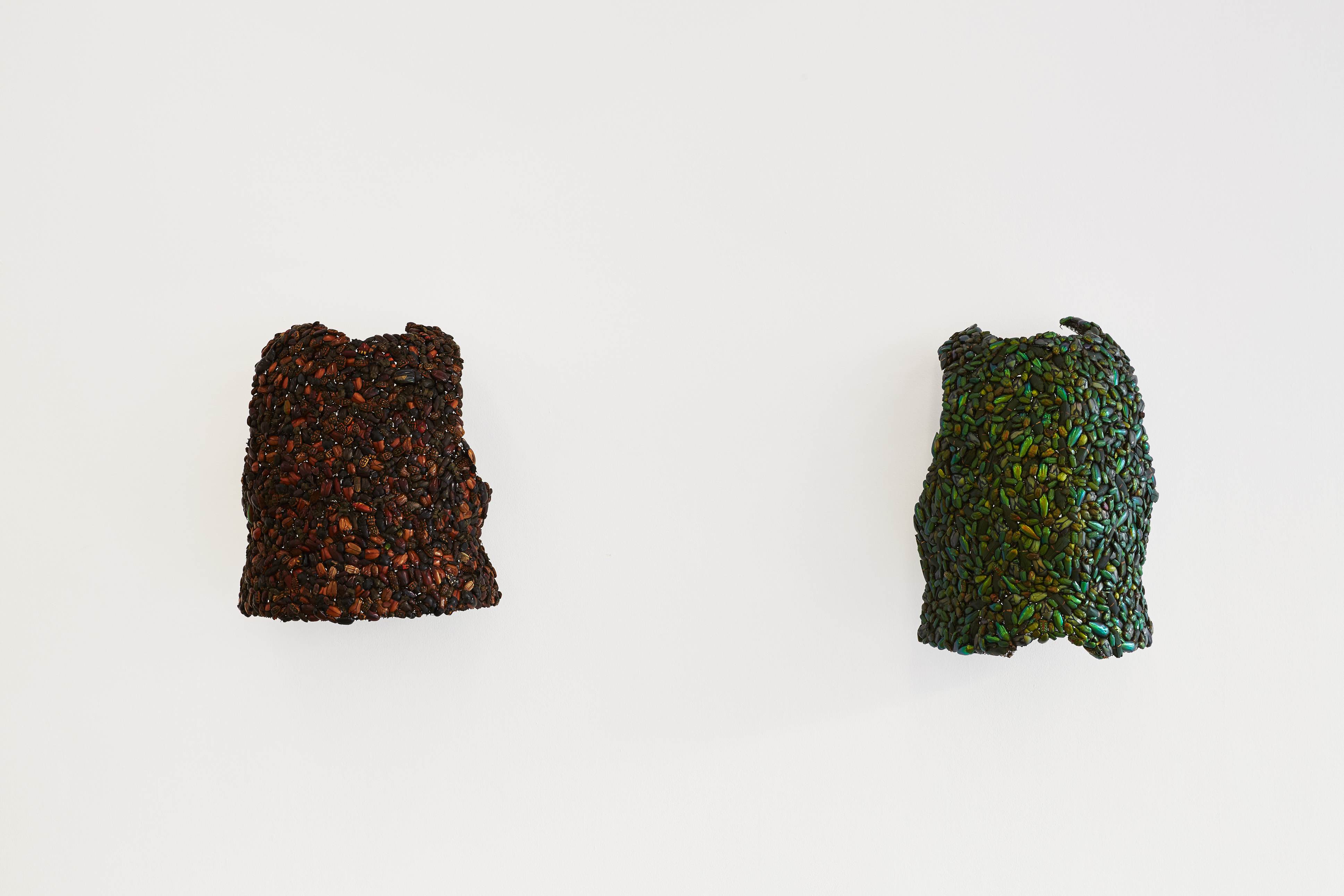 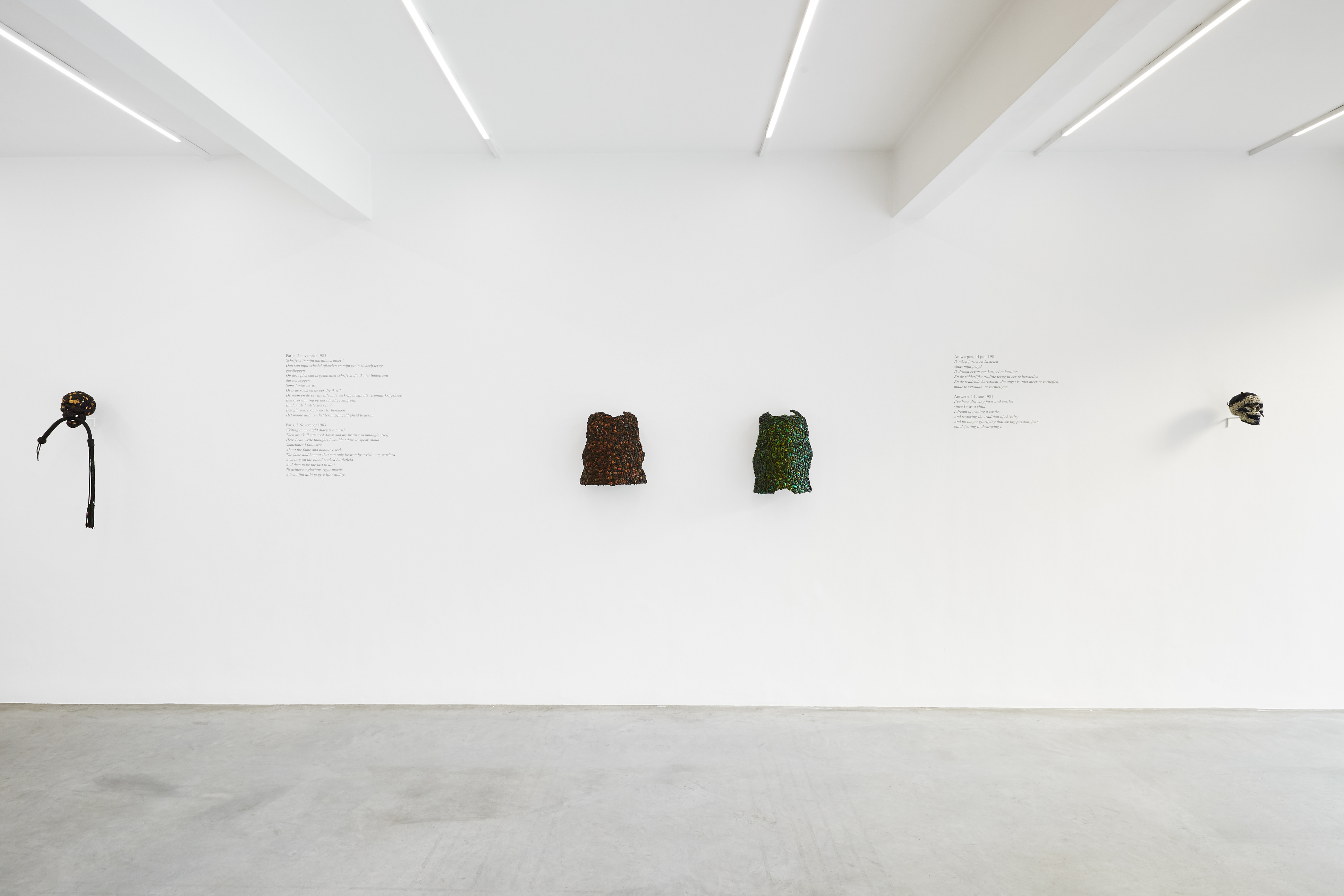 Ronchini Gallery is pleased to present Jan Fabre’s first UK solo exhibition, Knight of the Night. The exhibition features works spanning from 1992 to 2013, brought together for the first time to form a single narrative centred on courtly romance, one of the pivotal themes in the artist’s oeuvre.

Widely considered to be one of the most significant artists based in Belgium today, for over 35 years Jan Fabre has created work as an artist and author across theatre and visual arts. Using a wide range of media – including drawings, sculpture, installation, film and performance – Fabre’s work explores the body, from its fragility and defence mechanisms, to a broader observation of the behaviour of human beings, and questioning how they will survive in the future. The scarab beetle plays a major role in Fabre’s work and relates to a fascination with science dating back to his youth; influenced by the 19th-century French entomologist Jean-Henri Fabre, he would dissect insects and transform them into new creatures.

The works presented in this exhibition explore the primary preoccupations of the artist’s practice, such as metamorphosis and the relationships between animals and humans, as well as life and death. The curatorial concept takes its departure from the performance film Lancelot (2004) which saw Fabre battle against himself in front of the camera for five hours, weighed down in heavy armour in a cold and dark location.